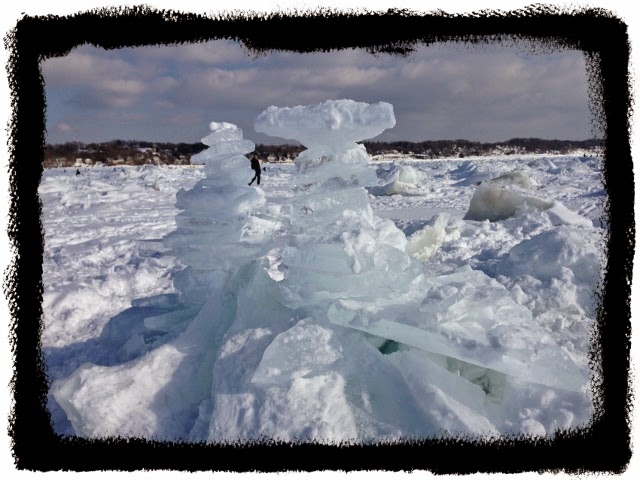 We call Abraham “father” not because he got God’s attention by living like a saint, but because God made something out of Abraham when he was a nobody.  Romans 4.17 (MSG)
When God chose Abraham was an ordinary guy.  There was nothing spectacular about him.  He had no hidden talents, no supernatural faith, no outstanding ideas, and no blazing personality.  He was a nobody.
But God took that ordinary man and turned him into a somebody.
And Abraham . . . well, he simply believed God would do what He said He would.  Day by day, month by month, year by year Abraham’s faith grew stronger and stronger as he discovered who God was.  He clung to the belief that God was the God of the impossible regardless of the way things might look.
Abraham was first named “father” and then became a father because he dared to trust God to do what only God could do: raise the dead to life, with a word make something out of nothing. When everything was hopeless, Abraham believed anyway, deciding to live not on the basis of what he saw he couldn’t do but on what God said he would do.  Romans 4.17-18
God is in the business of turning nobodies into somebodies.
I’m an ordinary girl.  I don’t have any outstanding talents, no blazing personality, and no supernatural faith.  But I believe in a God who raises the dead to life and makes something out of nothing.  You see He did that for me!  I was dead, dead in my sins, an enemy with God, completely unaware of my situation.  But that didn’t keep God from sending His very own precious Son to pay for my sins.
One day I met this Jesus and turned my life over to Him.  I saw my sin for what it was . . .  a vile ugly mess that I could never attempt to clean up on my own.  I opened my heart to His grace; His payment and forgiveness of my sins. And this undeserved privilege, this grace made me one of His own children!  How spectacular is that!!
God took this nobody of a girl and turned her into a somebody.  And He can do the same for you!
For everyone has sinned; we all fall short of God’s glorious standard.  Yet God freely and graciously declares that we are righteous. He did this through Christ Jesus when he freed us from the penalty for our sins. For God presented Jesus as the sacrifice for sin. People are made right with God when they believe that Jesus sacrificed his life, shedding his blood.  Romans 3.23-25 (NLT)
If you have never invited Christ into your life, this gift is waiting for you.  All you have to do is receive it.
Lord, I’m a sinner and I know there’s NOTHING I can do to rescue me from my sins.  I believe that you did it ALL for me when you paid the price for my sins.  I surrender my life to you.  Amen. 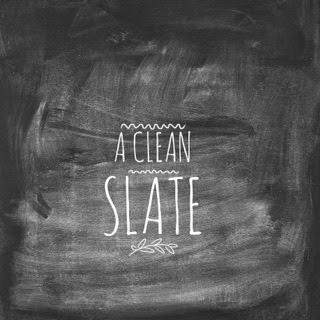 A clean slate.  A fresh start.  A blank canvas.  Just waiting to be written on.  What will you and I become this year, I wonder?

To be honest, I hesitate to make New Year’s resolutions because I rarely make it through January before they’re broken.  Discouragement gives way to hopelessness and I wonder if I will ever resolve to do anything that costs me very much.


But this year, I was recently challenged to consider letting go of the New Year’s resolutions and instead choose “One Word” to give my attention to throughout the whole year.  I was encouraged to reflect on the kind of person I want to become by the end of the year.  It's not about making external changes but internal ones.
It's about the heart.


As I envisioned what I want to be, I began to write out heart struggles that I long to have victory over:
I want to celebrate other peoples success without wishing it was for me.
I want to be Holy Spirit-driven rather than self-driven.
I want to be an open book, with nothing to hide.
I want to be a lover of God, craving time alone with Him.
I want to embrace the life God has for me, instead of wishing I had someone else's.
As I reflected, I discovered my one word . . . Undivided.  Undivided in my love for God, undivided as a follower of Christ, undivided in my passion for Him.
Teach me your way, Lord, that I may rely on your faithfulness; give me an undivided heart, that I may fear your name.  Psalm 86.11

My focus and my attention, as I travel through this year will be to have a heart that is Undivided.

So what about you?   Will you take up the challenge and discover your One Word to be intentional about?

What needs to change in your heart?


Have you been discouraged with your New Year’s resolutions in the past?  Why not take some time today to discover One Word and a Scripture verse that will challenge you all throughout the year.  Here’s a website that I found to be really helpful in this journey:  My One Word.


May this be the year, we all look more like the Christ!

Posted by khuseby at 9:42 PM No comments: 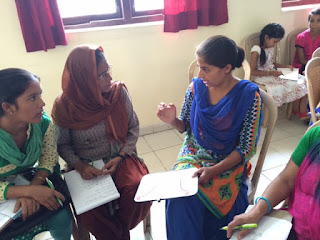